You are here: Home / Partners and Sponsors 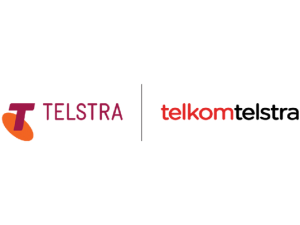 Telkomtelstra is an end-to-end managed solutions provider committed to empowering enterprises in Indonesia. We aim to solve our customers’ business challenges, by helping them to optimise, grow and transform their businesses through our managed ICT solutions.

Telstra is Australia’s leading telecommunications and information services company. With an understanding of what its customers want, including technology and content solutions that are simple and easy to use, Telstra has built networks like Australia’s largest fully integrated IP network and Australia’s largest and most reliable national mobile network.
With its international operations headquartered in Hong Kong, Telstra provides top-tier international customers across Asia Pacific, Europe, the Americas, Middle East and Africa with a full breadth of holistic and end-to-end solutions including managed network services, global connectivity, data, voice, satellite solutions, collaboration and cloud. Telstra’s extended reach provides our customers with smarter technology solutions to support sustainable business growth.

UTS:INSEARCH is the pathway to the University of Technology Sydney (UTS). It offers Academic English courses, a pre-university UTS Foundation Studies program (on behalf of UTS), and higher education programs in business, communication, design, architecture, engineering, IT and science. After completing a UTS:INSEARCH diploma, depending on the course chosen, students can fast track into the second year of a bachelor degree at UTS.

UTS:INSEARCH has long standing ties with Indonesia and the Asia-Pacific region. UTS:INSEARCH has partnered with the Kompas Gramedia to establish a series of English language centres, with UTS:INSEARCH – GRAMEDIA English Centres offering the world-leading UTS:INSEARCH Academic English curriculum to students in Jakarta.

In 2015, UTS Insearch  and UniSadhuGuna International Education launched a partnership for UIC College to offer UTS Insearch’s Diploma of Business and Diploma of Engineering in Indonesia. Students can begin their studies at UIC College in Jakarta, and upon successful completion, go directly to the second year at UTS in Sydney.

Trade Victoria is a division of the Department of Economic Development, Jobs Transport and Resources within the State Government of Victoria. Trade Victoria – including the global network of 20 Victorian Government Business Offices (VGBOs) – support local businesses to expand into international markets, build strong trading relationships and capitalise on export opportunities. The international network of offices are strategically located in key markets across the globe. Our Commissioner for South East Asia is based in Jakarta, with other offices in Kuala Lumpur and Singapore. The offices play a vital role in providing market intelligence, insights and guidance for Victorian businesses expanding internationally. Trade Victoria is also responsible for the Hamer Scholarships Program, which provides opportunities for Victorians to undertake intensive language study in Indonesia, China, Japan and Korea.

The State Government of Victoria, through the Trade Victoria division, is proud to be a Major Sponsor of CAUSINDY in Melbourne in 2017.

Corrs Chambers Westgarth is an independent, client driven legal partnership. Corrs is the most globally connected law firm based in Australia with pioneering partnering networks in Asia–Pacific and globally. They are recognised as a leader in the market for the quality of their advice and commercial outcomes achieved for clients. Corrs has a strong history spanning more than 175 years but is firmly focussed on creating opportunities for our clients in the rapidly changing business landscape of today and tomorrow. Corrs is led by Chief Executive Officer, John W.H. Denton AO and Chairman, Stephen Price.

The Denton Corker Marshall Jakarta office opened in 1980 and is an integral part of the practice globally, operating with an cohesive project methodology and a consistent design approach.

Through this experience, we have developed a thorough understanding of the environmental conditions, local bureaucratic processes and cultural climate that play a vital role in delivering successful projects in the region.

Established in 1853, the University of Melbourne is a public-spirited institution that makes distinctive contributions to society in research, learning and teaching and engagement. The university is consistently ranked among the leading universities in the world, with international rankings of world universities placing it as number 1 in Australia and number 28 in the world (Times Higher Education World University Rankings 2012-2013). It is home to the Melbourne School of Government, designed to inspire and equip individuals to make a difference on a global scale, and the Centre for Indonesian Law, Islam and Society, a global centre of excellence for research on Indonesian law, governance and legal culture.

The University is also home to some of Australia’s leading outreach education bodies, including Asialink and the Australia India Institute, which actively promote links between countries and enhance cross-cultural understanding through seminars, exhibitions, short-courses, international internships and leadership programs.

The Australia-Indonesia Centre was established  in 2014 as a joint initiative of the Australian and Indonesian governments. Based at Monash University, the Centre is a consortium of eleven highly respected research institutions.

The Centre aims to be facilitator of multi-stakeholder collaboration between Australia and Indonesia to generate high-impact research and activities.

Established in 1946, The Australian National University is one of Australia’s leading research and teaching universities.

The ANU College of Asia and the Pacific houses a remarkable assembly of scholars and resources devoted to the study of Australia’s neighbourhood. Dedicated to outstanding research and education, the College is a centre for Australia’s intellectual engagement and scholarly dialogue with the societies, worlds of thought, economies and cultures of Asia and the Pacific, including Indonesia.

Through the Indonesia Project, it analyses recent economic developments in Indonesia; informs Australian governments, business, and the wider community about those developments; and stimulates research on Indonesia. The College teaches Indonesian culture, history and language through the Island Southeast Asia Centre, which also gives students in-country experience in Indonesia through the year in Asia program.

The Northern Territory is dynamic and progressive yet it retains a friendly relaxed pace that has made it such a popular destination for visitors and a great place to live. The population is the nation’s youngest, at a median age of just 31.3 years, but also the smallest with just over 235 000 people living and working in this vast expanse of land. Northern Territorians are typically vibrant, happy, outdoor-loving people who know how to enjoy life.

Throughout the Northern Territory Indigenous people, represent a quarter of the population and have a strong influence on the region’s culture.

The Northern Territory is over 1.42 million square kilometres in size and represents one fifth of Australia’s total land mass with climatic zones ranging from monsoonal tropics across the ‘Top End’ to the arid red-ochre deserts of Central Australia including the Tanami, Great Sandy and Simpson Deserts.

The Northern Territory’s vibrant economic growth and a raft of multi-million and multi-billion dollar developments position the region as one of Australia’s fastest-growing, with a prosperous future.

The Conversation is an independent source of news and views, sourced from the academic and research community and delivered direct to the public. Its professional editors work with university, CSIRO and research institute experts to unlock their knowledge for use by the wider public. Access to independent, high-quality, authenticated, explanatory journalism underpins a functioning democracy. The aim of The Conversation is to allow for better understanding of current affairs and complex issues. And hopefully allow for a better quality of public discourse and conversations. 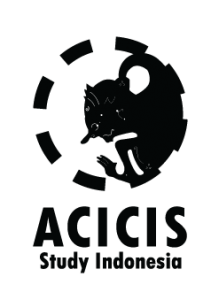 The Australian Consortium for In-Country Indonesian Studies (ACICIS) is a non-profit national education consortium charged with developing and co-ordinating high quality, semester long study programs for Australian students at Indonesian partner universities. Since its foundation in 1994, ACICIS has sent over 2,000 participants to universities around Indonesia, including Universitas Gadjah Mada in Yogyakarta, Universitas Katolik Atma Jaya in Jakarta, and Universitas Parahyangan in Bandung. With the launch of the Australian Government’s ‘New Colombo Plan‘ initiative in 2014, ACICIS has expanded its program offerings into business, design, public health and agriculture, and welcomes students on both semester-long and short course study programs across Indonesia.

Asialink Business, Australia’s National Centre for Asia Capability, is a nation-wide initiative supported by the Commonwealth Government (Department of Industry, Innovation and Science) to assist Australian organisations to develop the capabilities needed to maximize business opportunities with Asia. Grounded in extensive market research, Asialink Business’ training programs, research, events and advocacy enable businesses to forge ahead with confidence to enter and grow in Asia.