You are here: Home / What is CAUSINDY? / Team 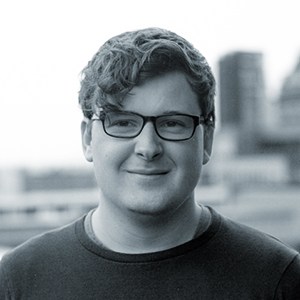 Tim Graham is a public servant with a background in communications and management. He completed bachelor’s degrees in arts and commerce at Monash University in 2014, with a focus on Indonesian studies, politics and management.

Tim speaks Indonesian and is passionate about people-to-people links and youth engagement in the bilateral relationship.

Tim has been a member of the CAUSINDY team since 2013, having held volunteer roles with several other organisations including as a Director of the Australia-Indonesia Youth Association. Before joining the Australian public service, Tim managed customer support for SitePoint, a subscription website and community for web designers and developers. 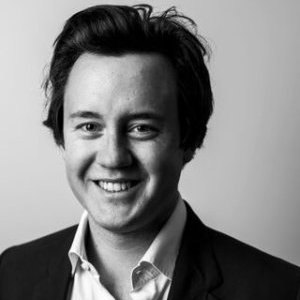 Edgar is a lawyer at Gilbert + Tobin in Sydney, advising on a range of competition, regulatory and corporate matters. Edgar studied law at The University of Sydney, taking a particular interest in Indonesian law and receiving an Asia Bound Travel Scholarship to study in Indonesia. Prior to this, after studying anthropology at The University of Melbourne, where he was a recipient of a New Generation Undergraduate Award, Edgar was invited to undertake anthropological fieldwork in Flores, Indonesia, focusing on aid and development work. This experience, which led to an academic publication (in both Indonesian and English), spawned a strong interest in Indonesia. In his spare time, Edgar is an enthusiastic runner, a keen reader and passionately supports the GWS Giants in the AFL. 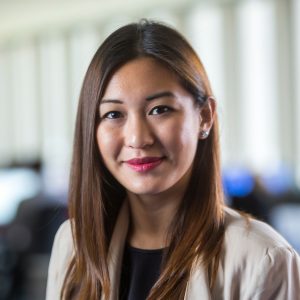 Prior to delving into media relations she worked as a broadcast journalist and producer for Channel NewsAsia based in Singapore. Samantha has past journalism experience in Melbourne, Jakarta, Hong Kong and Kuala Lumpur.

Samantha graduated in 2013 with a Bachelor of Journalism and a Diploma of Languages (Indonesian) from Monash University. Samantha has studied Indonesian on exchange at Universitas Katolik Indonesia Atma Jaya and Universitas Gadjah Mada. 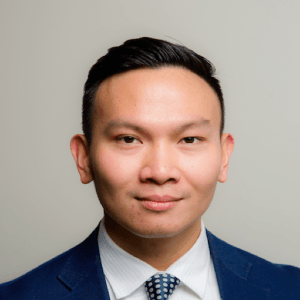 He was a delegate to CAUSINDY 2015  in Darwin. He was also member of the Indonesian delegation to the Asean Law Association General Assembly, and an awardee in the Phillip C. Jessup International Law Moot Court Competition. Aside from working as a lawyer, he also coaches several universities to compete in law moot court competitions.

Gabriel received a Bachelor of Law with honours from Universitas Negeri Manado. He then completed his Master of Laws (LL.M.) at Cornell Law School. 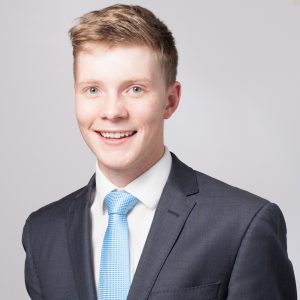 Heath is a Senior Associate Consultant with Bain & Company, Jakarta. His focus is in developing markets having worked in Africa, Southeast Asia and Australia largely in the industrial goods & services and private equity sectors.

Heath holds a Bachelor of Commerce (Finance & Economics) from the University of Melbourne. He was a member of AIYA and the Australian-Indonesia Youth Exchange Program. 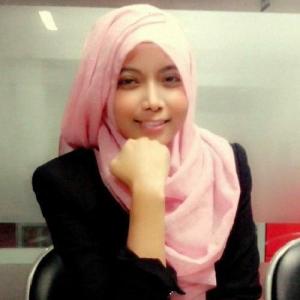 Sekar works as a Business Development Manager for South East Asia at Micromine, a leading Australian provider of innovative software solutions that span the breadth of the mining cycle from geological exploration and data management to resource estimation, mine design, planning and production control. Previously she worked as a Business Consultant for EDII (Electronic Data Interchange Indonesia) and Telkom International.

Sekar is currently President of AIYA (Australia-Indonesia Youth Association) Jakarta and represented Indonesia in a student exchange program in Japan. 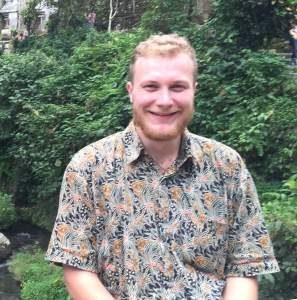 David Scholefield currently serves as the Vice President of AIYA West Australia (Australia-Indonesia Youth Association) and is an undergraduate student at Murdoch University, studying BA Asian Studies Indonesian Specialist and BSc Biomedical Science. Born and raised in Scotland, and with dual Australian citizenship (and Indonesian at heart!), David has had a great affinity for Indonesia since his first trip to the archipelago in 2010.

Since then, David has participated in senior school student exchanges in Denpasar and Surabaya, studied Indonesian and Javanese Language at Universitas Gadjah Mada Yogyakarta through ACICIS, researched orangutan conservation and rehabilitation while studying at Universitas Katolik Parahyangan Bandung, and in 2017, joined the 35th Australia-Indonesia Youth Exchange Program (AIYEP) in Makassar, South Sulawesi. David advocates for the teaching of Indonesian language in his work as a Language Ambassador at Balai Bahasa Indonesia Perth (BBIP), has taught short language courses at Tranby College, and has previously held positions in pharmacy and animal keeping.

During his studies in Indonesia, David volunteered with animal welfare NGOs Animal Friends Jogja, Wildlife Rescue Centre Jogja and, as a result, would suggest that we all eat a little less meat. Joining CAUSINDY in Jakarta 2013 as a volunteer, David continued volunteering in Darwin 2014 before taking up the role of Events and Logistics Officer at our Bali 2016 conference. David looks forward to his new role as Events and Logistics Manager for CAUSINDY 2017 in Melbourne! 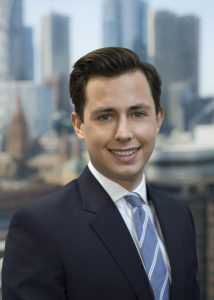 Jay currently works for PwC’s Melbourne office in the Risk Assurance division. He is a former Treasurer of AIYA Victoria and remains involved with the Association through language exchange and young professionals events. His interest in Indonesia and its relationship with Australia originated from his Bahasa Indonesia high school studies which he continued at university in Melbourne and in Indonesia. Jay graduated with a Bachelor of Commerce from Deakin University with majors in Accounting, Economics and Indonesian Language, and he is currently in the final stages of completing his Chartered Accountants studies (CAANZ).

Jay is also an active contributor to PwC Australia’s Asia Practice and Indonesia desk, which involves collaborating with various Indonesia-Australia organisations for joint initiatives and networking events. A recent secondment to the PwC Singapore office fuelled his ambition to focus on advising companies operating throughout the Asia-Pacific region. 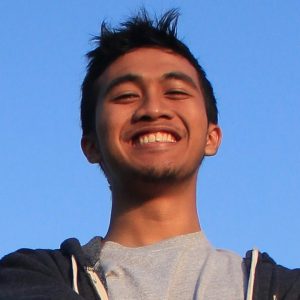 Dwiky Wibowo currently works as a program assistant in Australian Consortium for ‘In-Country’ Indonesian Studies (ACICIS) where he’s been involved in the programs of Journalism, International Relations, and Public Health. He’s also active in Australia-Indonesia Youth Association (AIYA) West Java where he currently serves as the president. In the meantime, he catered to his interest in education by being involved in the Co-Learning Space (CLS) and Bandung Open Education Day as the co-founder and partnership lead for both projects.

Dwiky holds a degree in International Relations from the Faculty of Social and Political Science at Universitas Padjadjaran. While completing his degree, he had the opportunity to study at Ball State University, Indiana, under the Study of United States Institutes (SUSI) New Media in Journalism scholarship program. 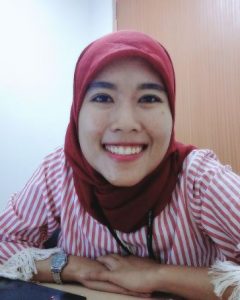 Nurmala currently works in the Human Capital of WWF-Indonesia where her main responsibilities cope with the end-to-end Recruitment and Selection process. Prior to joining WWF-Indonesia, she had previously worked as an Operation Officer at Italy Visa Application Centre of VFS Global. She further had an experience of being an Intern at Human Resources Unit of United Nations Development Programme (UNDP) Indonesia. Nurmala graduated in 2014 with a Bachelor of Arts from Universitas Negeri Jakarta. As an English Literature graduate, she is interested in languages and she is therefore learning French and Spanish. Furthermore, she is also passionate about social and political issues and thus she is so excited to join CAUSINDY to learn new things about Australia-Indonesia bilateral relationship. 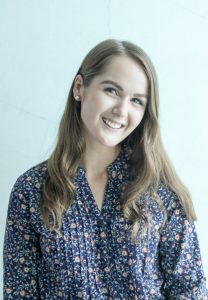 Gabrielle is a penultimate year undergraduate student at La Trobe University, Melbourne, studying Law/Arts with a major in Bahasa Indonesia. Having studied Bahasa Indonesia for ten years, Gabrielle is passionate about furthering her interest in Indonesia outside of formal education. She is actively involved in Melbourne’s Australian-Indonesian community, including as President of La Trobe University’s Bahasa Indonesia Students Association, and has recently returned from the Australian Indonesian Youth Exchange Program. Gabrielle hopes to combine her dual passions of the law and Indonesia in her future career. 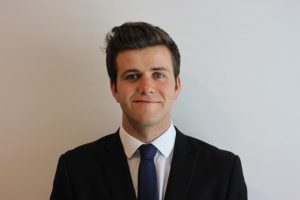 Sayle is currently in the final year of a Bachelor of Arts degree at the University of Melbourne, majoring in Politics and International Studies with a Diploma of Languages in Indonesian. He has gained professional experience interning with the Australian Consulate General in Bali and with the Victorian Parliament. During 2016 he studied at Universitas Parahyangan and Universitas Gajah Mada as a reciepient of the New Colombo Plan Scholarship. Sayle is passionate about Australia’s engagement with Indonesia and has been heavily invovled with the Australian Indonesian Youth Association and the Australian Indonesian Association of Victoria. Through his involvement in such organisations, as well as with CAUSINDY, Sayle hopes to contribute to a more positive Australia-Indonesia Relationship. 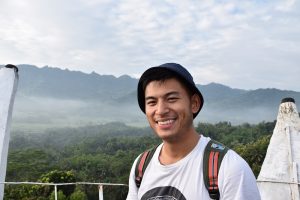 Joe (Jonathan) Soerjoko is in his final year of a Bachelor of Commerce and Bachelor of Arts double degree at the University of Sydney. Jonathan has a broad range of interests in his studies, with majors in Accounting, Indonesian Studies and Philosophy. Although originally from Jakarta, his active interest in Indonesia only began during his time at university.

Joe is currently spending the year in Indonesia, undertaking ACICIS semester programs at Universitas Gajah Mada and Parahyangan Catholic University. Joe has had a range of professional experiences, interning for organisations such as EY, Asialink and Cardno, as well as various Australian-based startups. Joe intends to live and work in Indonesia in his early career and sees CAUSINDY as a great avenue to work within that space and to meet more like-minded people.

Mary Rasita is a Business Analyst at MatahariMall.com, an Indonesian e-commerce company. A political science graduate turned tech-enthusiast, Mary is currently building a online lifestyle media for Indonesians living abroad, with Melbourne being the pilot project.

During her time in Melbourne, Mary has co-founded a print magazine called Perspektif, which has published seven volumes since 2014, and is still actively publishing in Melbourne.

She first joined CAUSINDY in 2016 as a delegate, before happily joining as a team member in 2017.